What is Pull Print Delegation?

Celiveo allows to delegate the pull print job (and Pull Print jobs only) upon printing for another user to release. It is called “Pull Print Delegation”.

In a few clicks, a user can delegate print jobs to another Active Directory User chosen within a list accessible from a button in the Windows Taskbar.

The selected user can then collect the jobs upon authentication on a Celiveo-enabled device.

Pull Print Delegation is available with Celiveo Business+ and Enterprise Editions, part of the Celiveo Virtual Printer for Windows.

The icon indicates the Redirection status:

The application is accessible with an icon on the Taskbar. Right-clicking the icon opens a pop-up window. 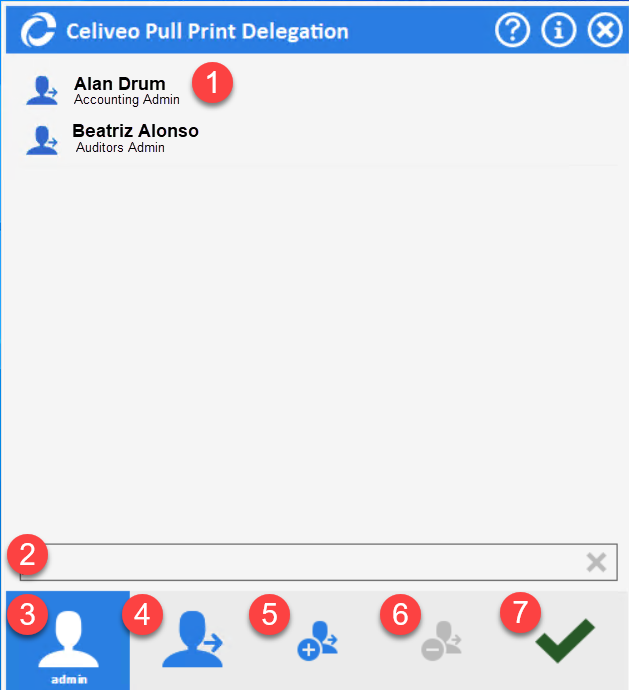 icon allows to add a user to the list. A popup appears, as shown below.

It allows to browse the current user Active Directory connection to get a short list of users and select one. 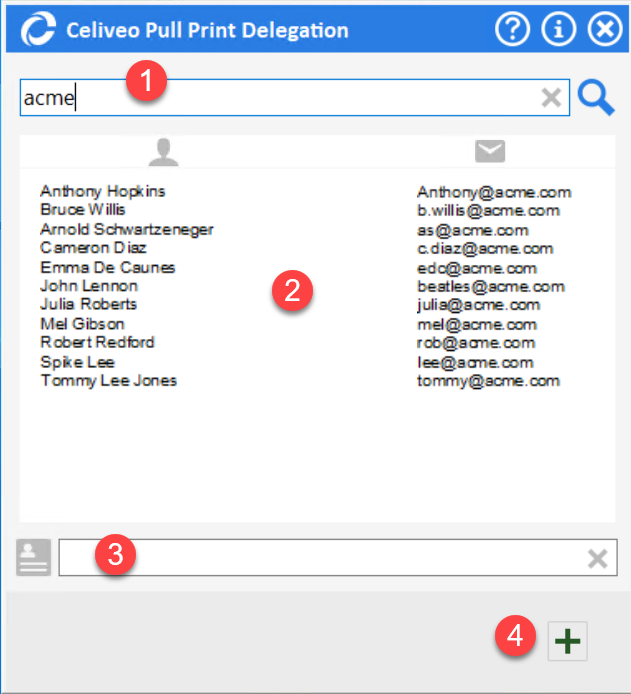 What happens when the delegation is activated?

Subsequent print jobs are stored in the system for the user selected in the delegation process.

That user will see that document in his jobs list when he reaches a MFP to connect his print jobs.

How is that delegated user informed there is a print job for him?

The delegating user needs to use his standard communication methods (IM, direct communication) to ask the delegated user to collect his documents. The concept of an email communication has been rejected by beta testers as they already have too many emails and this is not real time. Using their existing IM such as Skype for Business or Team had their preference.

Celiveo will continue to innovate and add more capabilities in the near future.

Can the delegated print jobs expire?

Who will be shown as the job owner in tracking?

The delegated user becomes the job owner as soon as the delegator prints for him/her.

If I have quota in place, what quota will be used?

The delegated and delegator are usually from the same OU or quota group, the quota of the user who releases the document is the one debited with the pages cost/count. We don’t recommend to apply personal user quota if print delegation is installed for such users.

Thanks for your feedback.